Share a memory
Obituary & Services
Tribute Wall
Read more about the life story of Elijah and share your memory.

Mr. Elijah Stewart, 24, of Galesburg, passed away on Saturday January 21, 2023, after a long battle with cancer.

Elijah was born on March 16, 1998 in Chicago, and had moved with his family to the Galesburg area in 2005. Elijah is survived by his mother Erma Stewart of Galesburg, his aunts Dianna Steward of Skokie, and Kateshia Steward of Chicago, his cousins Shenika Steward, Elisha Steward, and Tanisha Steward all of Galesburg, Marquis Brown, and Octavia Thomas both of Skokie, David Hayes, Kianna Hayes, and Donisha Brand all of Chicago, his partner Sarah Kreiling of Macomb, and a host of great aunts, great uncles, and many more cousins. Elijah is preceded in death by his grandma Florthy Steward, his aunts Sherry Steward, and Lakeshia Steward, and his cousin Albert Prater Jr.

Elijah was a charismatic, energetic, and positive young man. He had never known a stranger and “just knew everybody”. He was a source of motivation for many and was considered a brother too many more. Elijah was a kind hearted individual and was willing to lend an ear to anyone with woes and help them work through the darkest of times, and he did so with his signature smile on his face that he always kept. When Elijah wasn’t nose deep in his books studying for his next round of exams, he was either out playing basketball, hangin’ with his friends, playing his favorite videogames, or out traveling and experiencing all of what there was to explore. Elijah was a part of the Men and Women of Distinction with Carl Sandburg College, and had helped them make many improvements to the community as a whole.

A visitation is scheduled from 9:00 AM to 11:00 AM on Saturday January 28, 2023 at Hinchliff-Pearson-West Galesburg Chapel with a funeral service to follow. Memorials may be made to the family. Hinchliff-Pearson-West Galesburg Chapel is honored to be assisting the family. Online condolences may be left on the funeral home’s website at www.h-p-w.com.

To send flowers to the family or plant a tree in memory of Elijah M. Stewart, please visit our floral store. 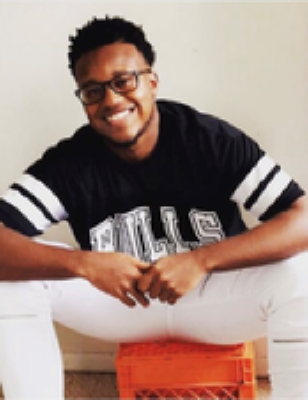