Share a memory
Obituary & Services
Tribute Wall
Read more about the life story of Mr. Edward and share your memory.

Edward Wolcott Metz 82, of Galesburg, Illinois, died peacefully with his family by his side January 17,2023. He was born August 4, 1940, in Tama, Iowa, the son of Clifford Edward and Eva Dorothy (Wolcott) Metz.

Edward grew up on a farm in central Iowa as a young man until he graduated Brooklyn High School in 1958. Upon graduating he enlisted in the Navy, where he served for three years before his honorable discharge in 1961. During this time in the Navy, he married his high school sweetheart, Edamae Charlotte Goehring in 1959. They celebrated 63 years of marriage and raised four children. Edward and his family lived in different cities in Iowa and Illinois through the years. but resided in Galesburg since 1978.

Edward was the owner operator of Public Discount Auto Parts in Galesburg from 1978 to 2010. Upon retiring Edward was active with family and his church, Faith United Methodist Church. He enjoyed his time participating in church activities and finding relaxation in his retirement.

Edward was a simple man with a big heart with many friends. He was also known for his wit and sense of humor. He had many abilities and a gift to solve mechanical issues and problems which he utilized in his working career. He had an uncanny ability to simplify problems and point people in the directions they needed, to help solve their problems.

Visitation will be 2 to 4 p.m. Sunday, January 22, 2023, at Hinchliff-Pearson-West Funeral Directors and Cremation Services of Galesburg.  Funeral will be 11 a.m. Monday, January 23, 2023, at Faith United Methodist Church.  Rev. Don Shane will officiate.  Burial will be in East Linwood Cemetery at 2 p.m. following a luncheon.  In lieu of flowers, memorial contributions may be made to Faith United Methodist Church or the animal rescue of the donor’s choice.  Online condolences may be made at www.h-p-w.com.

To send flowers to the family or plant a tree in memory of Mr. Edward Wolcott Metz, please visit our floral store. 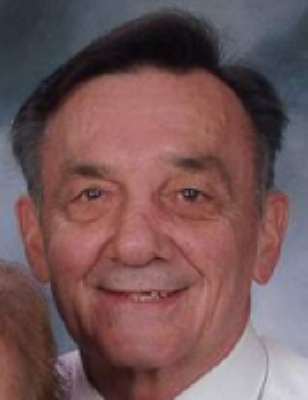 Animal Shelter or Rescue of the donor's choice