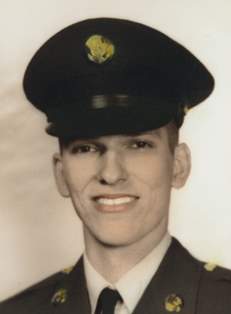 Jim worked for Gates Rubber Company for 36 years and later at Derby Industries for 10 years.  He was a Christian.  Jim was an avid gardener and enjoyed puttering in his yard.  He also enjoyed fishing.

He served in the United States Army for two years during the Vietnam War.

Cremation will be accorded.  Family graveside service will be in Knoxville Cemetery at a later date with military honors.  There will be no visitation.  Memorial contributions may be made to Wounded Warriors in Action.  Hinchliff-Pearson-West Funeral Directors and Cremation Services Galesburg Chapel is honored to serve the family.  Online condolences may be made at www.h-p-w.com.

Private burial at a later date

A Memorial Tree was ordered in memory of Mr. James T. "Jim" Lincoln.  Plant a Tree

My thoughts and prayers are with you.
Nicki Kessler

A Memorial Tree was ordered in memory of Mr. James T. "Jim" Lincoln by Nicki Kessler.  Plant a Tree

We are so sorry for your loss. You are all in our prayers as you go through the days ahead-for the Lord's peace and comfort to get you through.

I heard about Jim and cannot imagine what you must be feeling. I was his supervisor and have missed him dearly since his retirement. Everyone here at work is saddened by the news. Please accept my heartfelt sympathies and condolences for your loss.