Share a memory
Obituary & Services
Tribute Wall
Read more about the life story of Mr. Jon and share your memory.

Jon was born on February 8, 1997, in Hurst, Texas, the son of Dell Michael Reed IV and Mary Brooks, both of whom preceded Jon in death.

Jon is survived by his sister, Lynsey (Bradley) Gregory of Galesburg, and three brothers, Dell Michael Reed V, Nickolas Reed, Gary Reed all of Galesburg, as well as several nieces and nephews and a large extended family of over 100 members.

Jon was a 2015 graduate of Galesburg High School North. He was a member and former altar server for Corpus Christi Catholic Church.  Jon was a sweet, affectionate, trusting soul who was truly kind and loving, always quick to smile and offer a helping hand to anyone in need. Jon was a volunteer for St. Vincent De Paul Society, helping to make and deliver food baskets for those in need.  Jon especially enjoyed helping his dad at work at the Knights of Columbus in countless charitable fundraisers. He had a great love for music and was extremely talented at composing lyrics. He wrote the GHS North Anthem for his school, which was recorded in collaboration with his teacher, Josh Corbin.

He also enjoyed fishing and football and was a lifelong fan of the 49rs football team. Jon loved all of his family, especially his time spent with his sister and his nieces. His death is a devastating loss to all his family and friends. To say he will be missed doesn’t do him justice. He will forever be young and forever be loved.

A Memorial Mass will be held 1:30 pm Monday, January 23, 2023, at Corpus Christi Catholic Church in Galesburg, with Rev. William Miller officiating. Jon will be laid to rest with his dad at St. Joseph Cemetery, Galesburg. A Celebration of Jon’s life will follow the burial at the Knights of Columbus. Memorials may be made to the family in care of F & M Bank, Jon Reed Fund or to any charity of your choosing. Hinchliff-Pearson-West Funeral Directors and Cremation Services is assisting his family with arrangements.

To send flowers to the family or plant a tree in memory of Mr. Jon Mathew Reed, please visit our floral store.

Video is available for this event 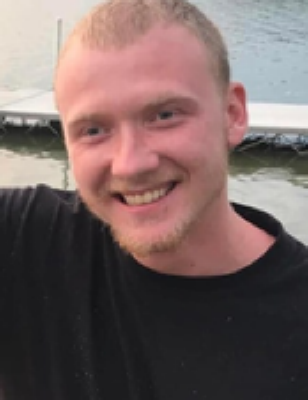