Share a memory
Obituary & Services
Tribute Wall
Read more about the life story of Mrs. Doris and share your memory.

Doris was born March 3, 1925, in Birmingham, Alabama, the daughter of Floyd and Mary (Williams) Brasher. She married James Ellis on October 21, 1944, in Birmingham and shared 68 years together until his passing on June 1, 2012.

Doris was raised in Birmingham, Alabama and attended St. Paul’s Catholic School in Birmingham. She lived in Stronghurst and Terre Haute, Indiana before settling in Galesburg in 1964. While in Terre Haute, Doris worked as a custodian in the schools for ten years. She worked as a psych technician for the former Galesburg Research Hospital for fifteen years. Doris then worked as the receptionist for St. Mary Living Center and continued for many years. She was a member of the St. Patrick’s Catholic Church. Doris had a love for crocheting and knitting and was a huge WWE fan, especially loved to watch John Cena. In earlier years, Doris loved to bake and was known for her fried green tomatoes.

Graveside services will be 1:00 pm Thursday, January 26, 2023, at Oak Lawn Memorial Gardens Mausoleum with Deacon Michael Crummer officiating. Memorial may be made to RFMS, c/o the DD Homes of Galesburg. Hinchliff-Pearson-West Funeral Directors and Cremation Services Galesburg Chapel is assisting the family with arrangements. Online condolences may be made at www.h-p-w.com

To send flowers to the family or plant a tree in memory of Mrs. Doris M. (Brasher) Ellis, please visit our floral store. 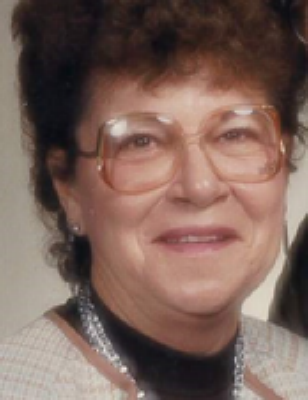