Plant a tree in memory of Mrs. Esther "Peg" Elmore
An environmentally-friendly option 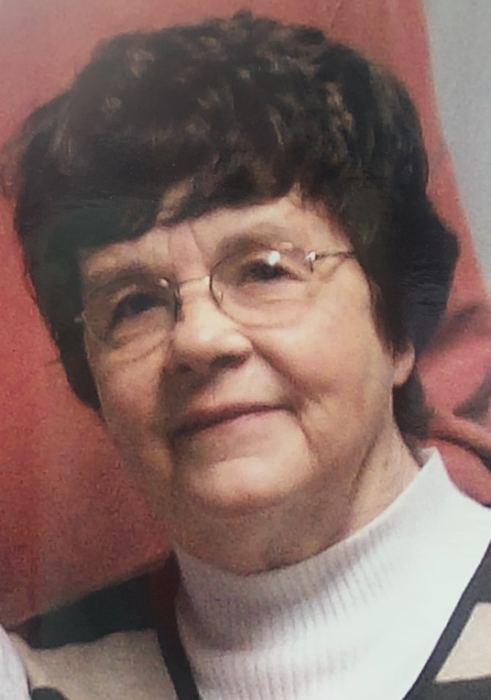 She was also preceded on death by her parents, two brothers Phil Baer and Bill Baer and two sisters, Sis Mallicoat and Carolyn Spillers.

She was a homemaker most of her life who enjoyed being a mother and especially a grandmother.  She enjoyed the simple things in life.  Her positive outlook on life and sense of humor will be missed by all who knew and loved her.

Cremation will be accorded.  To celebrate her life there will be a private family ceremony.  Hinchliff-Pearson-West Funeral Directors and Cremation Services Abingdon Chapel is assisting the family with arrangements.

In lieu of flowers, memorials may be made to Abigail's Women's Center, 1610 Stroble Ave, Mendota, IL  61342 or online @abigailwomenscenter.com.  Online condolences may be made at www.h-p-w.com.

Private family service will be held

Plant a tree in memory of Mrs. Esther "Peg" Elmore
An environmentally-friendly option

Plant a tree in memory of Mrs. Esther "Peg" Elmore

Chuck, Amy, Jan, Jon and Families:  So sorry for your loss.  Aunt Peg was blessed to be surrounded by such a loving family in all of you, her siblings and her friends.  Even though my memories of seeing her are older, I recall she always had a kind word and a smile Mom thought the world of her, too, and will miss her greatly.  May all of your fond, loving memories of your mom bring you peace.
God Bless,
Susan (Kramer) Piazza

Sorry for your families loss of your mom. She will be missed!! Cherish the memories of her and keep them close to your hearts.

Amy, Jan, Chuck and Jon,
My deepest condolences on the passing of your mother Peg.  I have many fond and happy memories of your Mom, from my younger years.  Peg was always welcoming to me, and fun to be around.     May God bless you all with peace at this difficult time.

Jan- so sorry to hear about your mom. Sending love hugs and prayers to you all. Sue (Little) Shultz

Plant a tree in memory of Mrs. Esther "Peg" Elmore