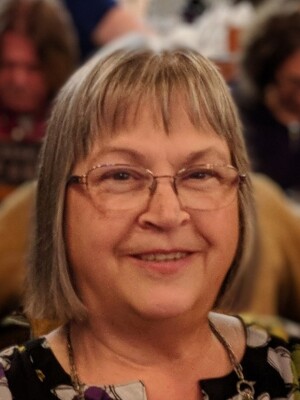 Also surviving are two sons, Stefan Tuszynski of Galesburg, and Stosh Tuszynski of Chicago, Illinois, a daughter, Adrianna Tuszynski of Macomb, Illinois, 1 dog, 2 cats, 4 grand-dogs, 2 grand-cats, and three sisters, Penny (and Lynn) Hammer of Sterling, Illinois, Patricia (and Rick) Koestner of Peoria, Illinois, and Pamela (and Chris) Taylor of Athens, Tennessee.  She is preceded in death by her parents.

Peggy graduated from Galesburg High School in 1972 and received her bachelor’s degree in Law Enforcement from Western Illinois University, Macomb in 1976.  She began her career as an officer (I.D. #55) at the Galesburg Police Department from 1978 to 1984. She became a Probation Officer in 1985, then a Probation Supervisor in 2002 in Galesburg.  She later was the Program Coordinator then Acting Director/Chief Managing Officer until March 2018.  From May 2018 until present, she was the Director of Court Services for the 9th Judicial Circuit Court.  She attended First Baptist Church in Galesburg.  She was a member of the PB&PA #19.  Peggy loved crafts, NASCAR, cooking, and spending time with her family. Peggy truly had the gift of making everyone feel valuable and important. She saw the good in everyone she met and radiated love and acceptance.

Cremation will be accorded.  Peggy never wanted people to be sad when she was gone. With that in mind, a Celebration of Life will be announced at a later date.  Memorials may be made to Knox County Humane Society, First Baptist Church, or Galesburg Area Crime Stoppers.  Hinchliff-Pearson-West Funeral Directors and Cremation Services Galesburg Chapel is assisting the family with arrangements.  Online condolences may be made at www.h-p-w.com.

To send flowers to the family or plant a tree in memory of Mrs. Peggy L. (Lietsch) Tuszynski, please visit our floral store.

Your browser does not support this video format. You should be able to view it in Chrome, Safari or Internet Explorer.

Celebration of Life at a later date