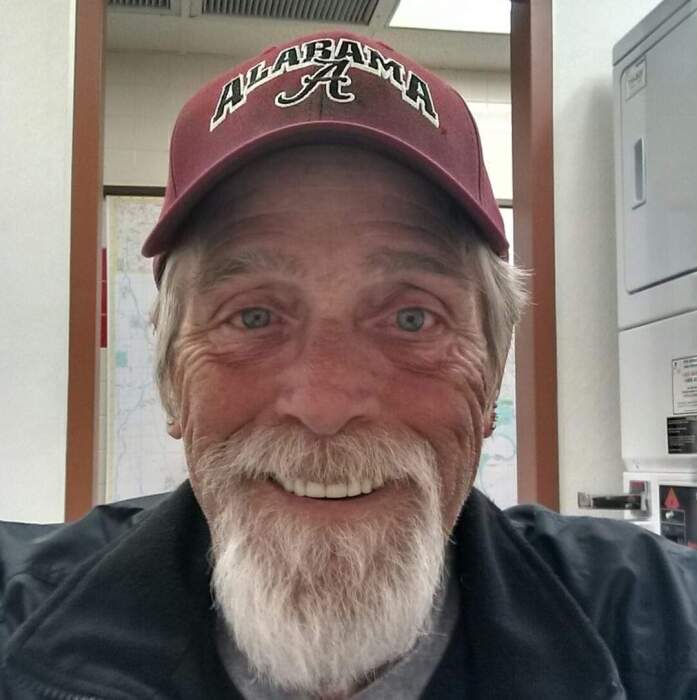 Michael was born on February 14, 1954 to Vern and Irene E. (Olson) Beck. His parents precede him in death along with his sister Connie Beck.

He is survived by his brother David Beck of Peoria Illinois, his daughters: Tracey (Vincent) Brown of Bloomfield Iowa, and Trinity White of Ottumwa Iowa, his son: Jeff Beck of Denver, his grandchildren who he adored: Jacob, Danaica, Taylor, Jamar, Haylee, Jason, and Brandon, his great granddaughter Victoria, and two other great grandchildren that are still yet to be delivered.

Michael had been raised in Oskaloosa Iowa, graduating from Oskaloosa High school in 1972. He had taken up being a truck driver after graduating high school, taking time to study computer science and graduate from Barton Community College in 1988. Michael had found his affinity and true calling in being a traveling minister, riding with the Seeds of Abraham Motorcycle club which he was president of during his stay in Alabama. Michael was later ordained as a Reverend where he was involved in many different types of ministry and was quoted as saying: “I’m not perfect I’m just forgiven. I ride with the Seeds of Abraham Jesus Christ Motorcycle Club. It was an honor and a privilege to serve in God’s kingdom here on earth. Jesus Christ Died for me so I’ll ride for him”.

Cremation will be accorded. Memorials may be made to the family. Hinchliff-Pearson-West Funeral Directors and Cremation services is honored to be serving the family. Online condolences may be made at www.h-p-w.com.

A service summary is not available

Plant a tree in memory of Reverend Michael Edwin Beck

To Reverend Micheal Beck family, I’m so very sorry to hear of his passing.  My best friend was his sister Connie, she and Irene always talked kindly of Mike and David.  Although I never got to meet either of her brothers, because they lived in another state.  Yet, I did get to meet them both at Connie’s funeral.  Please except my condolences and sympathy.  Connie was my best friend throughout high school and until her passing.  Connie and Irene were suppose to come up and visit me, and I was going to take them sightseeing all over, but Connie passed away two weeks before they were to come up.  May our Lord watch over all your families.

So very sorry Danacia and family.

So sorry for your loss. Will miss his sayings on face book. always enjoyed visiting with Mike.

A Memorial Tree was planted for Reverend Michael Edwin Beck

Plant a tree in memory of Reverend Michael Edwin Beck