Share a memory
Obituary & Services
Tribute Wall
Read more about the life story of Steve and share your memory.

Steve began his life on February 27, 1956, in Galesburg, Illinois, as the son of Davey L. and Sally A. (Marquith) Benedict. Later in life, he married the love of his life, Karen Glasnovich, on October 18, 1980, in Galesburg, and together, they created a beautiful and loving family.

After a lifetime, of laughs, love, and unforgettable memories, Steve leaves behind his wife of 42 years, Karen Benedict of Knoxville, his two sons, Nick (and Erin) Benedict of Fond du Lac, Wisconsin, and Chris (and Nick Dudycha) Benedict, of Minneapolis, Minnesota; his two brothers, Dan (and Cathy) Benedict of Lake Bracken, Rob (and Carrie) Benedict of Knoxville, and his sister, Jill (and Mark) Davis of Knoxville. Also left to cherish his memory is one granddaughter, Eleanor Claire, a granddog, Penny, several nieces and nephews, and many great-nieces and great-nephews. He was preceded in death by his parents and brother, Terry Benedict.

Steve always considered himself an East Galesburg boy and fondly remembered his time playing in the old brickyards growing up. He started working at an early age and as a teenager, he worked at Smith and Allen Garage and Johnson Masonry. He graduated from Knoxville High School in 1974. Steve then started his railroad career at Burlington Northern and worked there until 1991 when he chose to work full-time as a car salesman. He became Truck Manager at Yemm Chevrolet before starting at Benny’s Auto Depot in 2002. In 2007, he returned to railroading and finished his career as an Engineer for TP&W Railway. Steve proudly served as Local Chairman of SMART-TD Local 198 until retiring in 2019.

Steve was a beloved husband, father, brother, and uncle. He was a great storyteller and always had a joke or a story to tell whenever you saw him. He loved to be around people and frequently turned them into his audience. Steve took great pride in his yardwork and loved spending time on the golf course, boating, and later playing Pawpa to his granddog, Penny, and Papa to his granddaughter, Eleanor. Even though he was not a great singer, that never stopped him from singing to Eleanor, just to hear her say, “Oh, Papa.”

Cremation will be accorded. A Tribute Service will be 2:00 p.m. on Sunday, February 5, 2023, at The Vault in Galesburg. Pastor Tucker O’Leary will officiate a prayer service promptly at 2:00 p.m. The family will begin a storytelling hour following the prayer service and all attendees will be encouraged to share a story in Benny’s honor during this time if they feel comfortable. In lieu of flowers, memorials may be made to OSF Richard L. Owen’s Hospice Home or East Galesburg Community Chapel.  Hinchliff-Pearson-West Funeral Directors and Cremation Service Galesburg Chapel is honored to assist the family with arrangements. Online condolences may be made at www.h-p-w.com.

To send flowers to the family or plant a tree in memory of Steve L. Benedict, please visit our floral store. 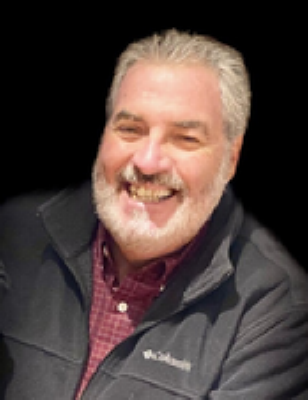